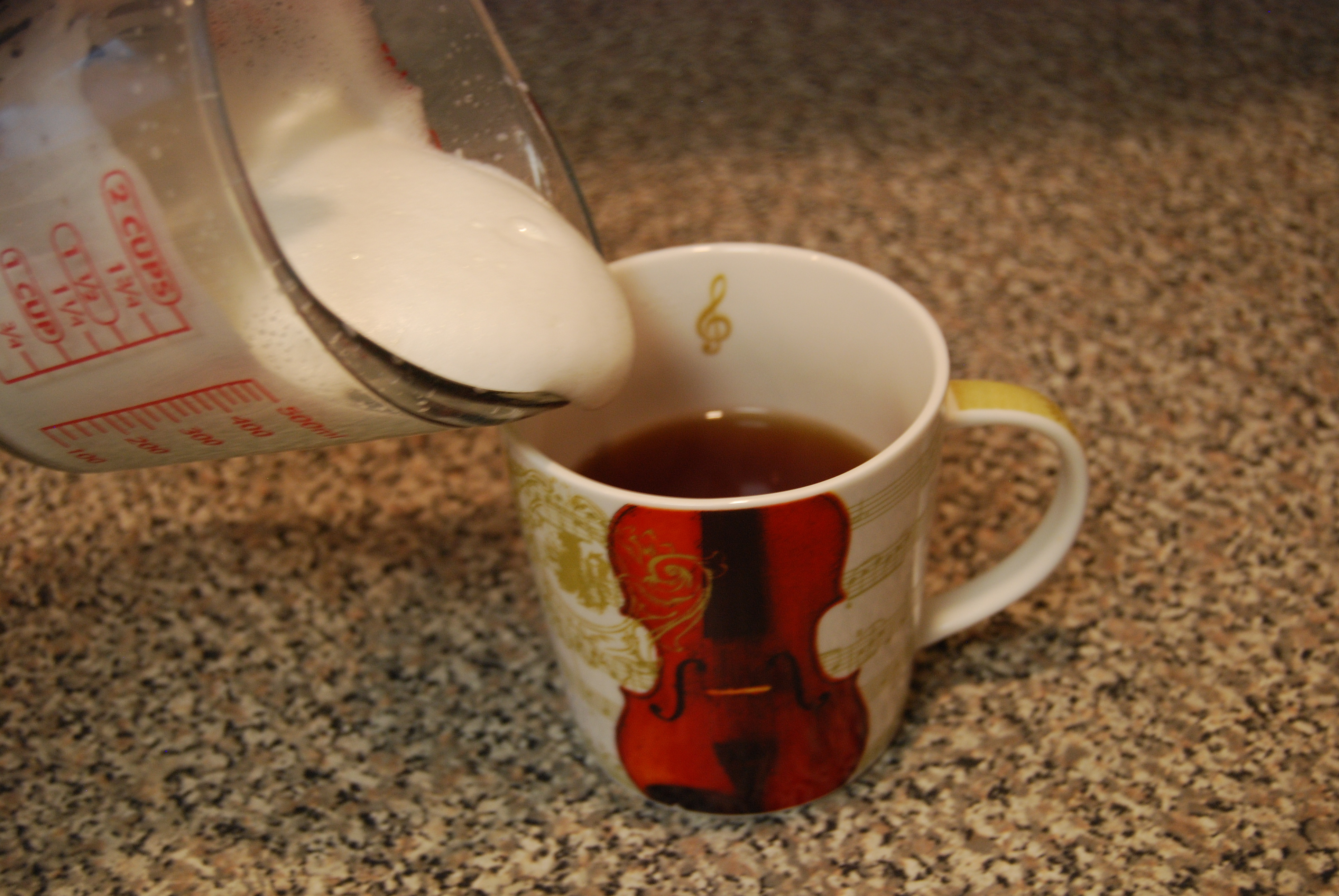 One of my favorite tea drinks is London Fog. It originated in Canada, and it’s similar to a latte, but with tea instead of coffee. I love it on rainy days.

Start by boiling some water for tea. You’ll want to brew about half of whatever size mug you’re using of Earl Grey. Brew it for 4-5 minutes, depending on how you usually like Earl Grey.

While it’s brewing, heat up some milk. I usually put about half a cup of milk into out microwave for 50 seconds to a minute. The milk should be steaming, but not boiling. Whole milks works best, as reduced fat milk doesn’t froth much.

Next, whisk the milk. I use our handy stick blender, and whisk it until it’s frothy all of the way through. Add a little bit of vanilla and whisk for a couple of seconds to mix it in.

Take out your teabag from your mug and add the frothy milk.

This drink is great with scones or a dessert, or by itself. Enjoy!

P. S., here’s the website that taught me how to make London Fog. I make it a little differently than the site recommends, but it was super helpful when I first started making the drink.