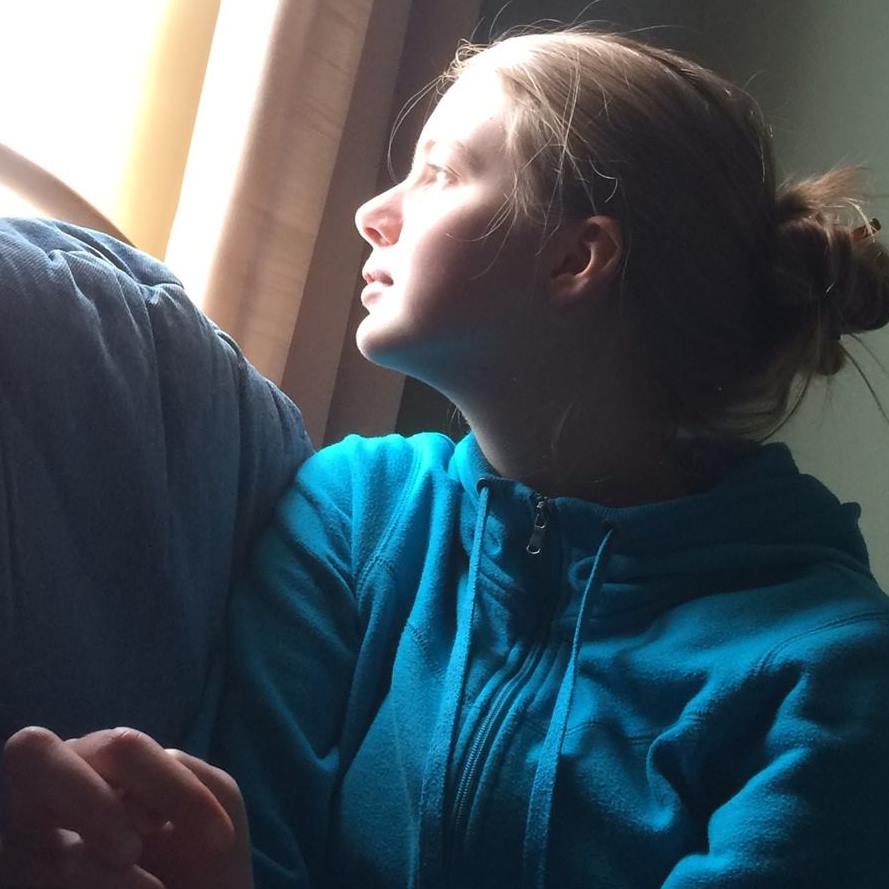 I wasn’t interested in other people. I thought they were boring compared to the music in my head and the book in my hand. Until about three years ago, I didn’t speak to people outside of my family. That’s why many of my posts are about getting to know people, or learning about how to treat people. I am learning things about others that other people learn much younger. This is the story of how I started talking to people, and learning how to be friendly.

About four years ago, I joined a biology group. There were only a few of us, and over time I started talking a little to the group. The other kids in the group invited me several times to a Bible study that they all attended. I was nervous, and didn’t want to go, but they kept asking until eventually I agreed. The leaders and the teenagers in the study, were friendly to me, but I barely spoke to anyone because I was so afraid of people.  I didn’t know how to talk to people without making the whole room uncomfortable, and I wasn’t brave enough to learn.

A few months after I started coming to the study, my family moved to a different church. It was a large church, and I didn’t know many people there.  A few of the kids from the Bible study went there, but I still avoided talking to them. When we first came to Highview, my mom encouraged me to serve in the tech ministry. I had run projection in our former church, so I agreed. The people in the tech booth were friendly and I started talking to them on Sundays as we served. This was one of the first places outside of my home that I felt like I was part of the team, and I enjoyed the people I was serving with there.

At this time I started attending a small group at Highview for girls my age. When I first started going to the small group, I went out of obligation to my church’s youth group. Like in the Bible study, all of the girls were nice, but I didn’t know how to build relationships with them.

After this, my family starting hosting “teen game nights” once a month. We invited the teenagers from Bible study, and some teens from a homeschool group over for games and snacks. We didn’t expect many people to show up, but forty people came the first night, and it continued to grow until we stopped hosting them. At one of the first game nights, a guy named Adam pulled out his violin and played the theme to Sherlock (a tv show that I was obsessed with). Right then I decided two things: I wanted to learn violin, and I wanted to be friends with this dude. This was one of the first times that I wanted to be friends with someone without them approaching me first, so I wasn’t sure how to handle the situation. After a long build up, Adam and I became friends, and he has been a friend of our family ever since.

During the winter, I took my first class at Boyce, a J-term on C. S. Lewis. I was so shy that I barely spoke at all. My professor called me by the wrong name the whole class because I was too shy to correct him. But I was hooked, and in the fall, I started taking another class called SWME (Supervised Worship Ministry Experience).  A large part of this class was interning at a local church, and I chose our current church. I started playing in the orchestra (which was terrifying), and attending the weekly intern meetings (also terrifying). I can’t thank enough people for how friendly they were, but I would like to give a special thanks to Adam (not the same as violin-playing Adam), the orchestra conductor, for how friendly he was even though I was really shy and quiet.

This was also my second year in my small group. I made a weird discovery halfway through the semester. I realized that I loved the girls in the group. I looked forward to seeing them each Wednesday, and I thought about them throughout the week. I was amazed that my feelings of obligation had changed after I committed to going to the small group consistently. This was a turning point for me. I stopped wanting to know people because I had to meet them, and I started enjoying them. Not just the girls in my small group, but other people. Strangers. I started wanting to be friendly.

Because this is such a long post, I split it into two parts. Here is part two, if you’re interested.